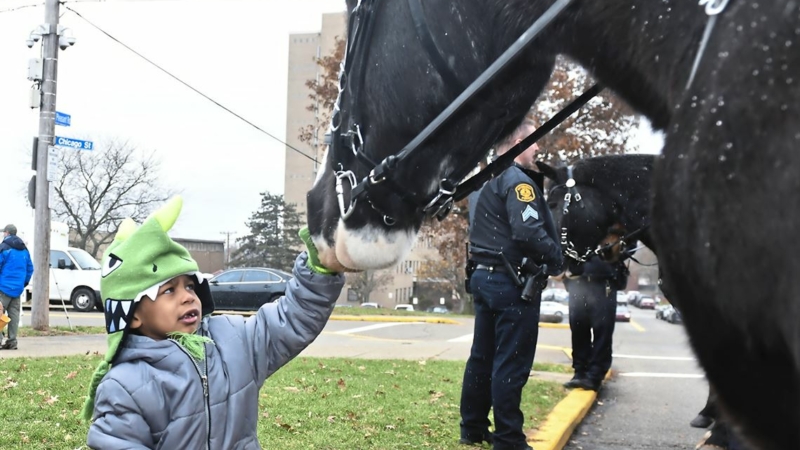 With a ceremonial cutting of police tape instead of a ribbon, residents and officials celebrated the opening of a new public safety center in Northview Heights Tuesday.

The center, which has space for community programming, will serve residents of the North Side public housing communities of Northview Heights and Allegheny Dwellings, and will be staffed by six police officers and one sergeant tasked with community policing.

The center came about through a collaboration between the city, its housing authority, police, the Buhl Foundation, which is focused on the North Side, and residents of Northview Heights and Allegheny Dwellings.

“My fellow officers and I are committed to this partnership, and we are going to work with the community, in the community,” said Sgt. Joseph Lewis, who will be the supervisor at the center.

The center is housed in a converted two-story apartment in the Northview Heights complex. Earlier this year, board members of the Housing Authority of the City of Pittsburgh approved more than $270,000 to convert the building to house the center and approved spending $4.5 million for three years of “above baseline” policing.

Mr. Hissrich said the police officers will not be stationed there 24 hours a day, but added that the hours that the location will be staffed would depend on the need.

“I believe that the community and the police need to work together as partners,” said Northview Heights resident Olivia Bennett. Having officers on site will allow both police and residents to “recognize the humanity in one another,” she said.

“I care deeply about the safety of this community,” resident Siraji Hassan said at the ceremony to mark the opening. “I have a family and want them to feel safe here. I know all of you care about this, too. I believe this can help us move forward toward that goal.”

Northview Heights is the largest public housing community in Pittsburgh, with more than 500 homes. Allegheny Dwellings, in nearby Fineview, is in the first phase of an overhaul to transition from a nearly 300-unit public housing complex to a mixed-income community.