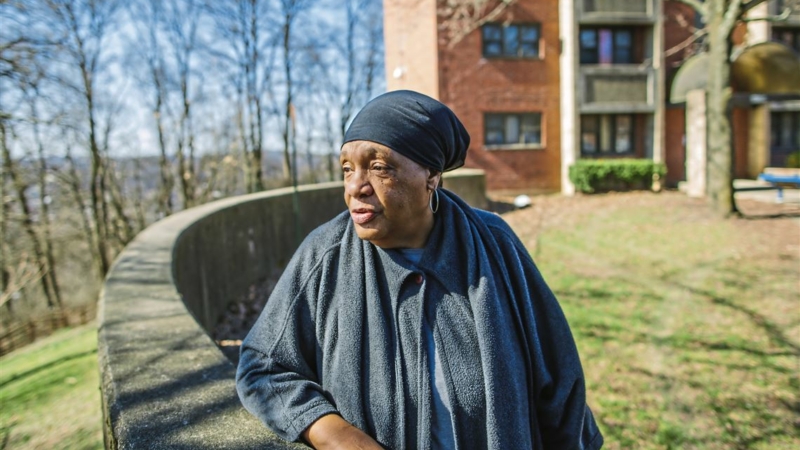 Two Pittsburgh public housing complexes may soon be regularly patrolled by dedicated city police officers instead of private security in a bid to improve safety and community-police relations on the North Side.

Housing Authority officials took the first step toward a three-year, $4.5 million agreement with city police to provide “above baseline patrols” to Northview Heights and Allegheny Dwellings last week when the authority’s board voted to allow executive director Caster Binion to enter the agreement with the city.

The details of the arrangement are still being negotiated, but people familiar with the proposal said the hope is to create several new city police officer positions and have those officers work solely with the communities in Northview Heights and Allegheny Dwellings, as well as to open at least one mini-station in the community as a base for those officers.

Neither Housing Authority nor city officials would provide any details about the potential three-year deal this week. Housing Authority spokesman Chuck Rohrer would not say precisely what constitutes “above-baseline” policing or why these sites were selected. Pittsburgh police spokeswoman Alicia George also declined to answer questions, saying the contract between the city and the authority is not finalized.

Diana Bucco, president of the Buhl Foundation, which has made a 20-year commitment to improving quality of life on the North Side, said the potential deal is a “real commitment” to community policing.

“It’s about enabling our police to focus more on public safety,” she said. “In recent history, we as the public tend to think about policing as law enforcement, and what the police want is to be about public safety. So community policing is about having beat cops in a community, getting to know the residents so residents and police can work together in creating a safer community.”

That’s what community members want too, said Joanna Deming, executive director of North Side neighborhood group Fineview Citizens and Perry Hilltop Citizens Council. Her group is supportive of having additional officers, but wants to see police who are community-minded and are not detached from the areas they patrol.

“We don’t want to have another summer like last summer,” she said. During a nine-day stretch in June, two daylight shootings in Allegheny Dwellings left three people shot and left residents rattled.

Ms. Bucco said the $4.5 million price tag comes from a general estimate of costs, but that the specifics of the arrangement haven’t been decided because organizers hope to include residents in that decision-making process.

“It’s the dollars the Housing Authority would pay to hire a private company but instead, have the City of Pittsburgh police play that role and connect it to a larger ecosystem of public safety,” she said.

“The professionalism of the city police is unmatched by any other local entity,” he said. “Not only is the professionalism but the perception of them by the residents is different. They have a higher amount of credibility than other security activities.”

He added that the Housing Authority has in years past paid city police to provide “above baseline patrols.”

“This isn’t new,” he said, adding later, “This is simply a return to something we’ve done in years past.”

Housing Authority officials would not say why they’re now considering the arrangement with Pittsburgh police, but David Weber, chief operations officer for the authority, said during last week’s monthly board meeting that private security is increasingly expensive and ineffective.

The housing authority used to have its own police force, but merged it into the Pittsburgh Police Bureau in 2007 to save money. At the time, the authority agreed to pay the city $1 million annually for three years to provide enhanced police coverage of its communities. That agreement ended in 2010.

Allegheny Dwellings was patrolled by private security guards as recently as last year, but those guards haven’t been around for several months, said Cheryl Gainey, tenant council president at Allegheny Dwellings. After the shootings in June, residents complained that the unarmed guards were not a deterrence to violence.

Housing Authority spokesman Mr. Rohrer did not respond to questions about when and why that private security company stopped patrolling the complex.

Ms. Gainey said the violence has quieted since June, and said most trouble now springs from drug dealing carried out by people who don’t live in the apartments. She’d like to see police crack down on the dealing in the future.