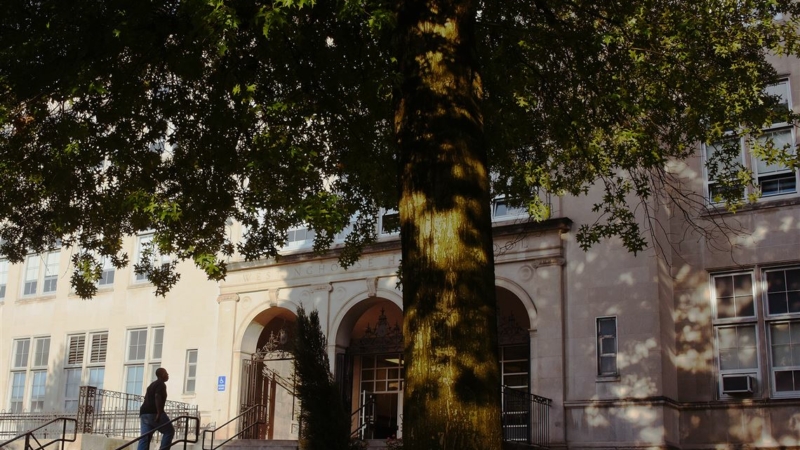 According to the most recent SAT data, none of the city’s public schools are preparing the average student for college.

While some meet the College Board benchmark for reading scores, math standards are higher and apparently out of reach. But trends are pointing in the right direction, led by a big bounce at Perry High School after a decade of declining scores.

According to standards set by the College Board, which develops and administers the SAT college admissions test, there was not a single school in Pittsburgh Public where the average class of student was considered college ready. The most recent data released by the state department of education, for the graduating class of 2016, shows average reading and math scores in the mid-400s out of 800, significantly below the standards.

Four schools — Science and Technology Academy, Obama 6-12, CAPA 6-12, and Allderdice High School — cleared the 480 reading threshold, but none of them quite hit the higher benchmark of 520 in math.

That mid-400 mark, however, represented a major bounce relative to previous years, from a trough in 2012, where averages were below 420 in both categories. Writing scores were even lower, below 400. 2016 was the first year since 2006 with an average math score over 450.

The rebound was most pronounced for two lower performing schools, Westinghouse 6-12 and Perry High School. Westinghouse’s jump looks more like a regression to the mean after a drop for the 2015 class, but Perry’s represents a reversal after a nearly uninterrupted decline from 2004 to 2015. The class of 2016’s average composite SAT score, 1165, was their best since 2012.

Michelle Massie, communications director for A+ Schools, a community advocacy group which releases annual reports on the city’s schools, said in an email, “Teachers and the principal at Perry and a few other PPS schools should be proud of the increases that they are seeing, however, one year does not constitute a trend.”

“While Perry’s score increases are a good thing,” Ms. Massie continued, “We, as a District, still have miles to go for the average score to be in the range that the College Board says is correlated to college readiness”

Representatives from the school district and Perry explained a number of steps they are taking to improve test scores and college readiness.

According to Kashif Henderson, who coordinates K-12 gifted and talented programs for the district, one of the biggest steps they have taken was bringing in representatives from the College Board last November to train teachers in preparing students for the SATs. The training was mostly with English and Social Studies teachers, Mr. Henderson said, and focused on what data schools can use from the Preliminary SATs to help prepare students for the main event.

According to Perry Principal James Cooper, they had a contingent of students included in the training.

“We’re looking at the College Board standards and ACT standards for saying a student is college ready and trying to get all students to that point,” said Mr. Cooper.

Average scores for the class of 2017 are not yet available, but Mr. Cooper said Perry did see an increase in students scoring over 500 in subject tests.

Mr. Henderson expressed excitement for the new SAT format, designed to more closely reflect coursework, which was launched in March 2016.

“The style of writing and style of questions and materials is similar to the what the College Board asks for in AP classes, so there is more alignment in what occurs,” he said.

The College Board also designs and administers Advanced Placement exams.

Ebony Pugh, district spokeswoman, said the number of students enrolled in AP courses has nearly doubled in the district since 2009. Perry, according to A+ Schools data, saw a slight uptick in AP enrollment from 10 percent to 12 percent from 2014 to 2015, the most recent year available.

The district has also placed an emphasis on making sure all students take the Preliminary SATs, said Ms. Pugh.

“We’re ensuring all of our 10th graders take the PSATs. It’s something we pay for and make sure our students do, and they get information that helps them on what their strengths are,” she said.

Both Mr. Henderson and Mr. Cooper said they are using the PSAT data, alongside the state Keystone exams, to determine student strengths and tailor instruction.

Part of Perry’s drop in prior years may have come from its merger with Oliver High School in 2012, which had lower average scores. The school’s best scores were in 2004, so part of the decline precedes the merger.

Starting in March, 2018, said Mr. Henderson, the district will be providing all juniors the test for free, so in the future that data integrity concern will be less relevant.

“It shows the district’s commitment to getting our students college ready. They’re willing to put their money where their mouth is, and it will teach us a lot on where we are at the moment,” said Mr. Cooper.

Even with annual increases in line with the 2016 jump, it would take years for Perry’s average students to reach college-ready benchmarks. Still, Mr. Cooper said, “With students knowing what the targets are, they’re stepping up and saying, ‘We can perform at that level.’ ”

One Northside Celebrates Progress with Bash at Heinz Field