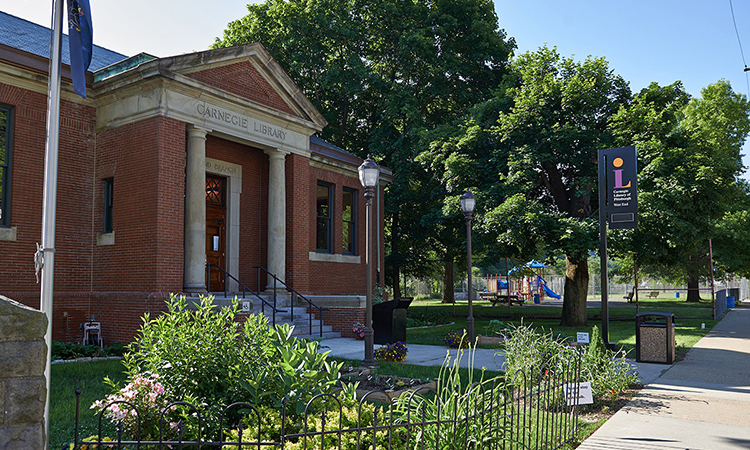 Some Pittsburghers grow up learning to make a budget and establish good credit. But in underserved neighborhoods, many people struggle to break the cycle of poverty partly because they haven’t been taught these skills.

“That’s a problem that goes from generation to generation, and it holds kids and young adults back,” says Henry Horn-Pyatt, the small business & neighborhood redevelopment manager for the Mayor’s office. “It’s not that people aren’t smart. You just need access to the right information.”

This week, the City of Pittsburgh and the nonprofit development group Neighborhood Allies are launching a new public service program aimed at closing this gap. The Financial Empowerment Center (FEC) initiative will allow citizens to schedule free meetings with financial planners to get one-on-one counseling on subjects like paying down debt and opening affordable bank accounts.

“We want to provide this service to people who would benefit from it more than perhaps rich folks would, and it’s going to make our society a lot more stable,” explains Horn-Pyatt, one of the project leaders. “It’s going to be good for all of us.”

These services will be offered at eight partner locations across Allegheny County, including CoLab18 in Nova Place, Focus on Renewalin McKees Rocks and Carnegie Library’s West End branch. A full list of partner organizations and services offered can be found here.

The locations were chosen for their centrality and convenience for the surrounding community, Horn-Pyatt tells NEXTpittsburgh: “I wanted to put this service where they already had to go for the doctor or pick up groceries.”

A full-time staff of four financial coaches and one supervisor, all of whom were hired and trained by Advantage Credit Counseling, will move between each location.

The program is supported by the Cities for Financial Empowerment(CFE) Fund, a nonprofit organization dedicated to bringing free financial planning services to local governments and municipalities all over the nation.

Altogether, the initiative will cost $666,000 over the next two years. While the vast majority of the funding is already secured from the CFE and other philanthropic partners, Pittsburgh City Council is also weighing a motion to contribute $30,000 in public funds.

The motion was introduced by Councilmember Ricky Burgess today and will proceed to a vote tomorrow, March 20.

Looking toward the future, Horn-Pyatt says he sees the FEC initiative remaining outside of the city budget. To continue funding their operations into the future, he hopes to see large banks and financial institutions step up.

The New York-based CFE fund is supported by Bloomberg Philanthropies as well as by banking companies such as Wells Fargo and JPMorgan Chase. The role of these financial institutions in funding the CFE is somewhat ironic, as both companies have paid billions of dollars in fines to settle claims that they misrepresented the quality of mortgage loans made in the run-up to the financial crisis.

It’s a subject Horn-Pyatt understands better than many. During his time working at the New Kensington Community Development Corporation in Philadelphia in 2012, he worked on the team that oversaw the money Wells Fargo was forced to pay Philadelphia and several other cities as part of a settlement over discriminatory lending.

Horn-Pyatt says that these and other scandals should make large financiers think more about investing in creative, flexible support services like the FEC initiative.

“If you were more likely to foreclose on homes in a certain community,” he says, “and more likely to give predatory loans to a certain demographic of people, well maybe now on the back end you ought to be having preferential treatment” for those same groups.

“I’m not saying that should be the law,” Horn-Pyatt says. “That just morally makes sense to me.”

College degree? Many Pittsburgh-area jobs in the next decade may not require...