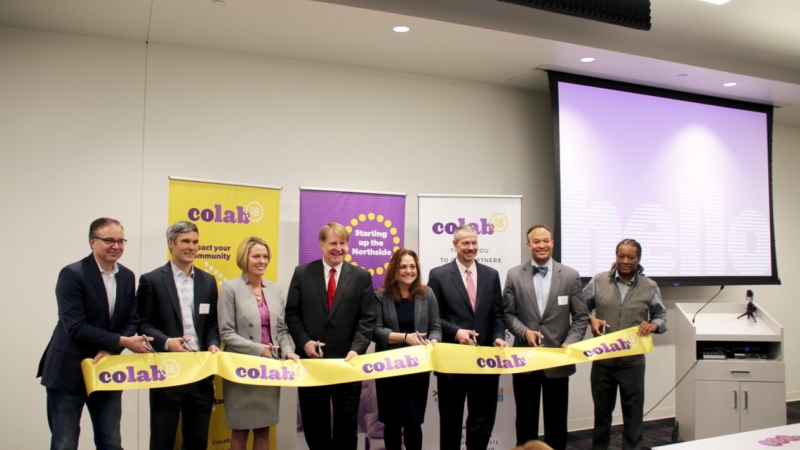 As the technology industry fuels economic growth in this city, community leaders want to make sure all residents have a chance to participate.

The latest example of that came Wednesday morning at Nova Place, where business, government, and foundational executives helped open CoLab18, a new programming space where people can gain tech skills, learn about entrepreneurship, network, collaborate, and much more in the heart of Pittsburgh’s Northside region.

Born out of the Buhl Foundation’s One Northside Consensus Plan, CoLab18 is the result of a partnership that includes support from organizations like Faros Properties, Comcast, Urban Innovation 21, BNY Mellon Foundation of Southwestern Pennsylvania, Innovation Works, and the Riverside Center for Innovation. 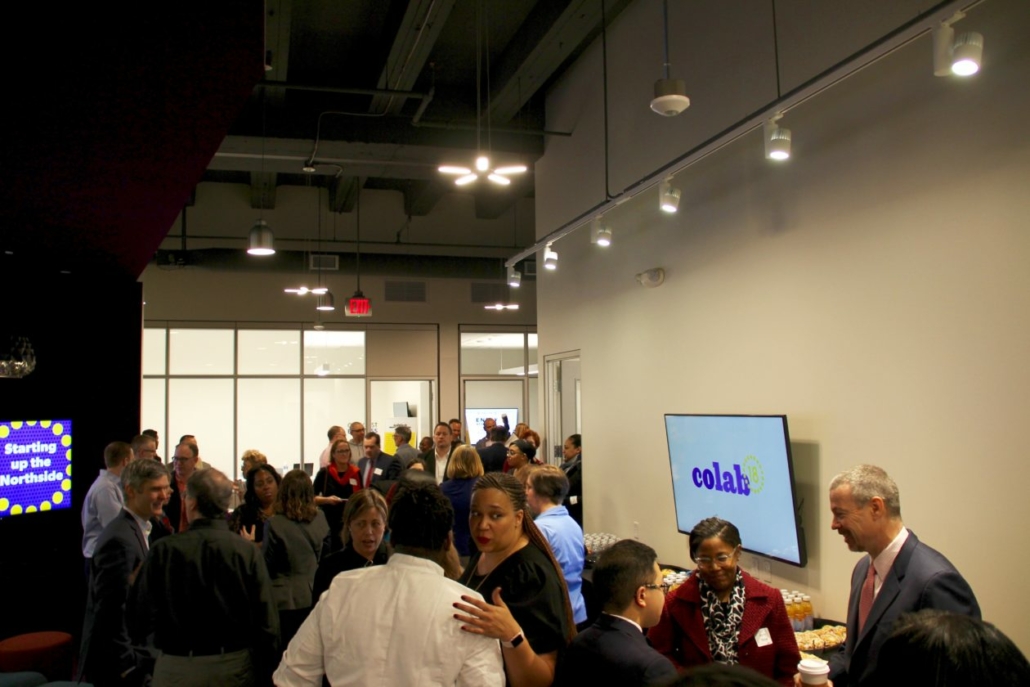 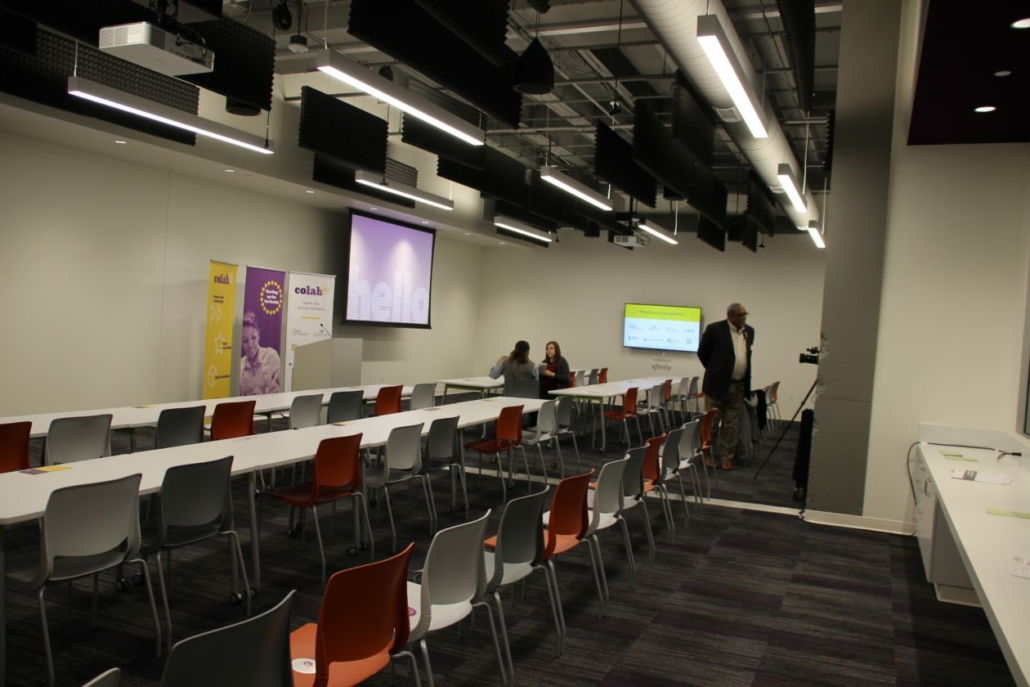 The 4,600 square-foot space, named after the Northside’s 18 neighborhoods, is designed to be a digital classroom and meeting space for up to 150 local residents at a time, free of charge. It is nestled within Nova Place, a former mall that New York developer Faros Properties recently transformed into a mixed-use urban redevelopment center in Pittsburgh’s historic business district that also houses Alloy 26, the city’s largest coworking space. Comcast will provide high-speed internet while other tech companies like Microsoft plan to engage with CoLab18.

“This innovative partnership brought together the best of our public, private, and non-profit sectors to leverage resources that will create equal access to the many benefits of the changing economy that we’re seeing in Pittsburgh today,” Diana Bucco, president of the Buhl Foundation, said at today’s launch event. 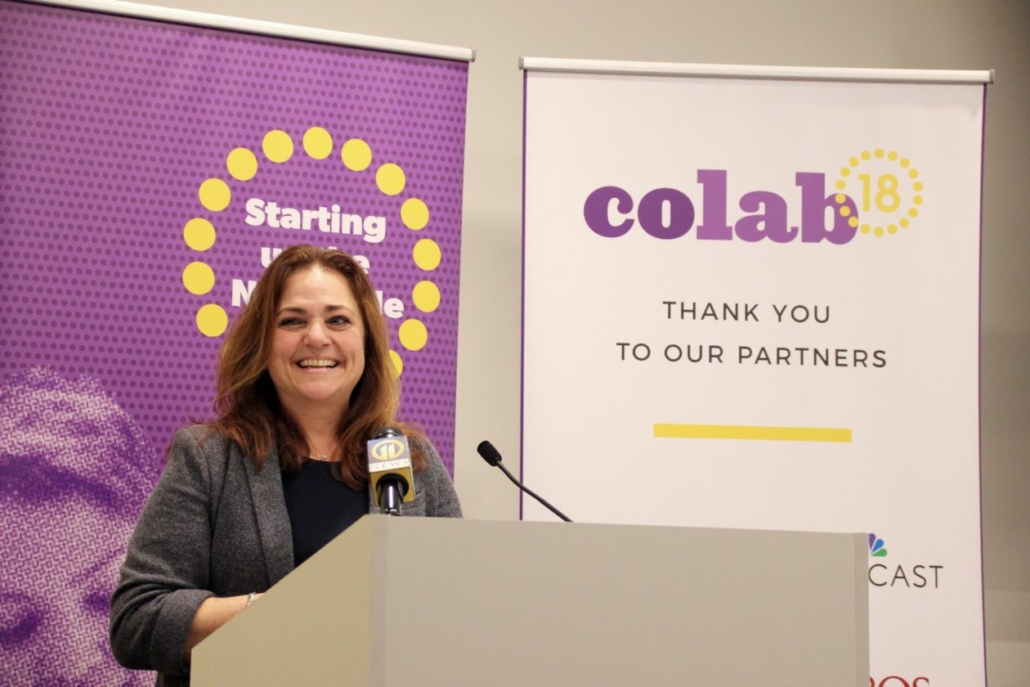 As the technology ecosystem grows rapidly in Pittsburgh, from giants like Uber and Google opening offices to the research coming out of Carnegie Mellon University and University of Pittsburgh, many in the city are considering the effect on long-time residents. It’s a relevant topic, particularly as Pittsburgh is a finalist for Amazon’s second headquarters.

“This is moving so fast right now,” Allegheny County Executive Rich Fitzgerald said on Wednesday. “It’s uneasy; it’s unsettling; it’s scary for a lot of people. But guess what — it’s coming whether we like it or not, so we have to be ahead of it and on top of it, and that’s what places like [CoLab18] are doing.” 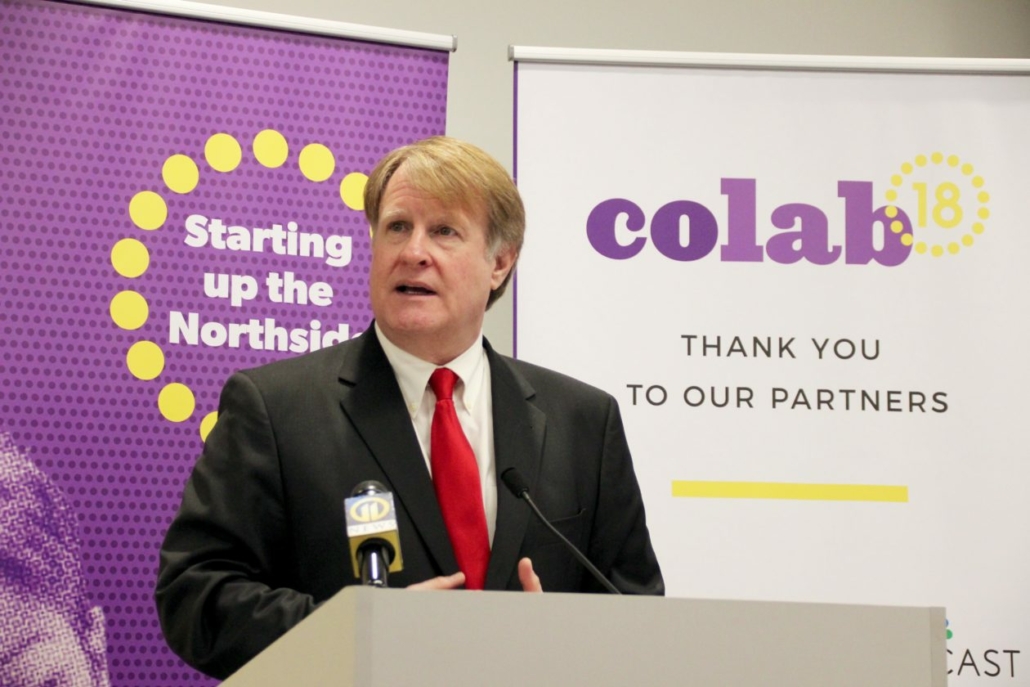 Fitzgerald, part of the local leadership group aiming to land Amazon’s HQ2 bid, recalled a story that the first county executive used to tell about Pittsburgh.

“There were two guys on a park bench and one turned to the other and asked, ‘what would you do if you knew a meteor was going to hit the earth and the world would end in one week?’” he said. “The other guy said, ‘I’d move to Pittsburgh because things always take five years longer to get to Pittsburgh.’”

But the Steel City is a different place in 2018.

“That was true in the late 90s,” Fitzgerald said. “20 years later, we are five years ahead of everybody else. Places like [CoLab18] are the reason that keeps happening.” 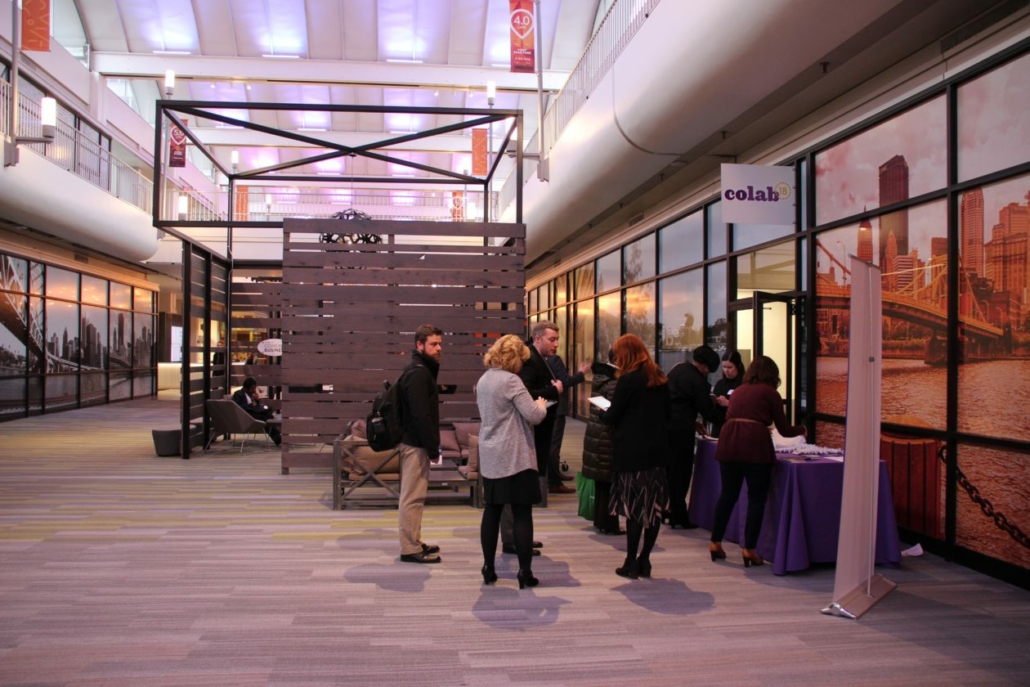 Programming at CoLab18 will focus on community collaboration, education, digital engagement and workforce development. Groups like Allegheny Partners for Out of School Time; United Way’s “Be A Middle School Mentor”; BizFIT Construction; and Citizens Bank already plan on holding events like job fairs and financial literacy workshops in the new space.

Amber Farr, director of One Northside, told GeekWire that CoLab18 originated from more than 2,000 interviews conducted by the Buhl Foundation around Northside neighborhoods. Residents expressed interest in a place where people could have access to new technology and related resources.

The excitement was palpable inside CoLab18 on Wednesday, but Riverside Center for Innovation Executive Director Juan Garrett noted that this is just the beginning.

“It’s time for us to roll our sleeves up,” he said, noting that there was already an event scheduled later in the morning. “It’s great that we’re here and it’s time to get to work.”

CoLab18 to open at Nova Place

Introducing CoLab18: A free community space for the North Side
Scroll to top