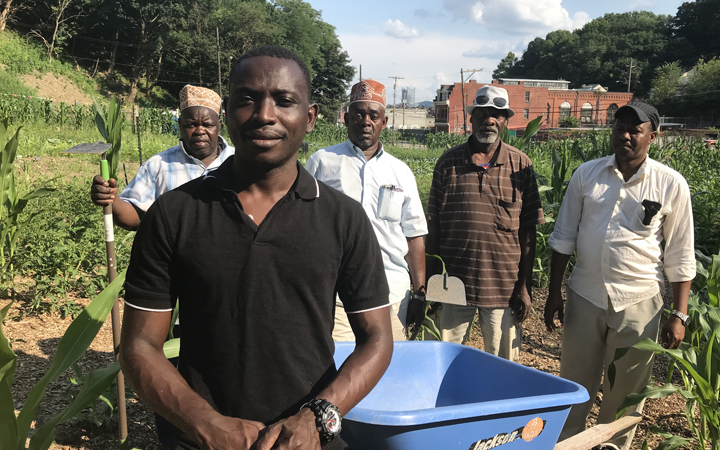 Abdulkadir Chirambo smiles easily, especially when he’s talking about the vacant city lots the United Somali Bantu of Greater Pittsburgh have converted to a huge farm like garden. As president and spokesman of the organization, he gets serious when asked what brought him from Kenya to the Pittsburgh. “Peace, education and changing life,” he says with conviction. 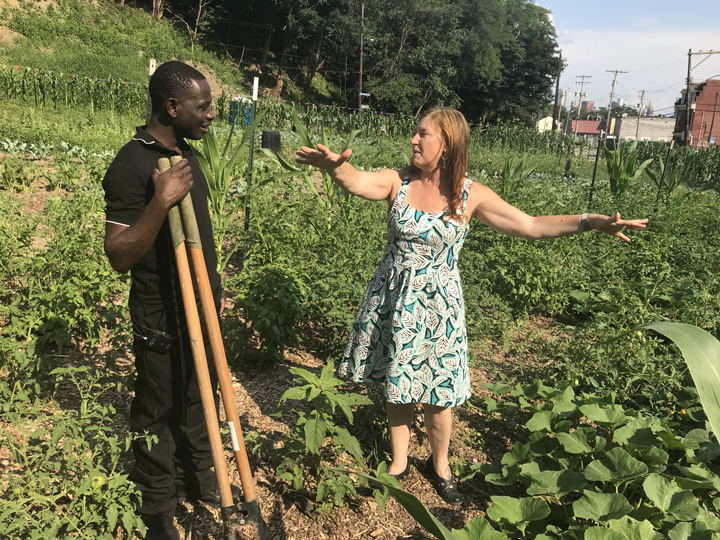 Abdulkadir Chirambo is president of the United Somali Bantu of Greater Pittsburgh, he’s seen here with Shelly Danko+Day who is the City of Pittsburgh’s urban agriculture and food policy specialist. The group has transformed a three quarter acre area that was formerly vacant city lots into a garden farm located in Pittsburgh’s Perry Hilltop neighborhood.

The Somali Bantu includes people from many countries — among them, Kenya, Brundi and Congo. Those that spent their lives farming in their home countries longed to continue to work in the soil here.

The elders of the bantu have guided Chirambo and others, teaching them the traditions of growing. At the beginning, in 2016, Chirambo tried to understand the results of a soil test as the elders stood nearby. “All they did was get a pen and dig it to the ground and said, ‘hey something will grow up from here,’” he said with a hearty laugh. 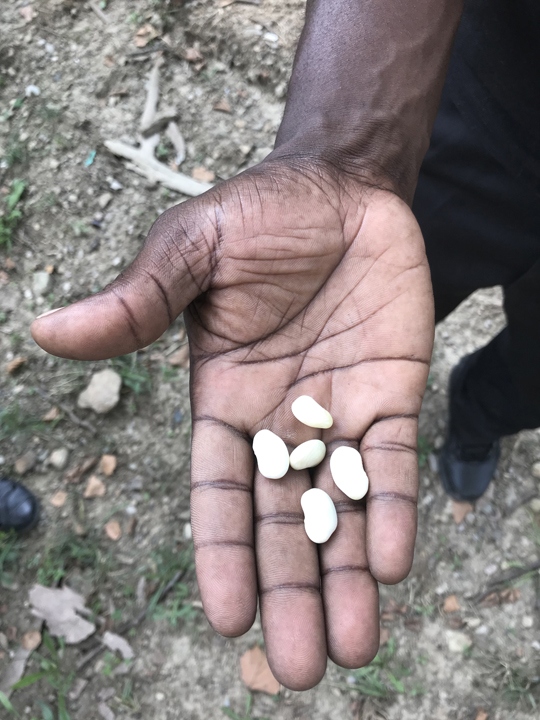 Abdulkadir Chirambo is president of the United Somali Bantu of Greater Pittsburgh, here he hold beans harvested from the garden. The group has transformed a three quarter acre area that was formerly vacant city lots into a garden farm located in Pittsburgh’s Perry Hilltop neighborhood.

The nearly acre site they farm Pittsburgh’s Perry Hilltop neighborhood was transformed from vacant lots through the city’s Adopt-A-Lot program run by Shelly Danko+Day. Pittsburgh’s urban agriculture and food policy specialist oversees the program, which started in 2014. Currently there are 151 lots covering 11 total acres that are used for a variety of different purposes. “It’s a way people can access vacant city owned lot for food, flower or rain gardens,” she says.

This is a showplace for the program, but with over 7,000 vacant lots in the city, it’s just a start. “People are so excited about adopting these lots,” Danko+Day says with a smile. “I love seeing the flowers growing and the communities involved people out enjoying the space that was once just a vacant lot.”

Each garden throughout the city is different; in Homewood that group of gardeners has erected a hoop house to extend the season. Other lots are used for flowers to beautify the neighborhood and some gardens deal with storm water more effectively. “A lot of communities doing a lot of really unique things, she says. “They are like snowflakes, every one is different.”

Anyone can adopt a vacant lot, don’t need to be residents of the city and the program is free. After submitting an application through the city’s website, Danko+Day works to draw up an agreement to assure the lot will be used for the right purpose.

Standing in the middle of the Somali garden as the late afternoon sun drops over the trees, she reflects on the success of this small farm. “The Somali come from a farming community, she relates, it’s been 20 years since they have land to grow on. To see what they have done with it, is amazing, this is one of my happy places for sure.”

As the elders work in the shade repairing some garden machinery, Danko+Day looks over at them and continues.

“They were really concerned with passing the farming traditions to the youth, she says. The fact that I can help provide this for them is a real joy for me. Many of them were born in refugee camps and didn’t ever have a chance to garden.”

The beans here are harvested to be used dry. Some of the lettuce plants, grown in long rows, are allowed to go to seed. They will be saved and planted again next year. The group has been holding a market to sell its fresh produce on Thursdays from 3 to 6 p.m.

“For the future I’d like more sites like this, Danko+Day says. My area of interest is food policy and making sure that people are fed. We have 63,000 Pittsburghers who are food insecure. Having more gardens like this and more communities that do this kind of work is going to help to reduce those numbers.”

Emily Persico is a food policy intern with the city working on a master’s degree from Yale. She’s spent her summer with Danko+Day learning about the program and watching these gardens grow, changing neighborhoods. 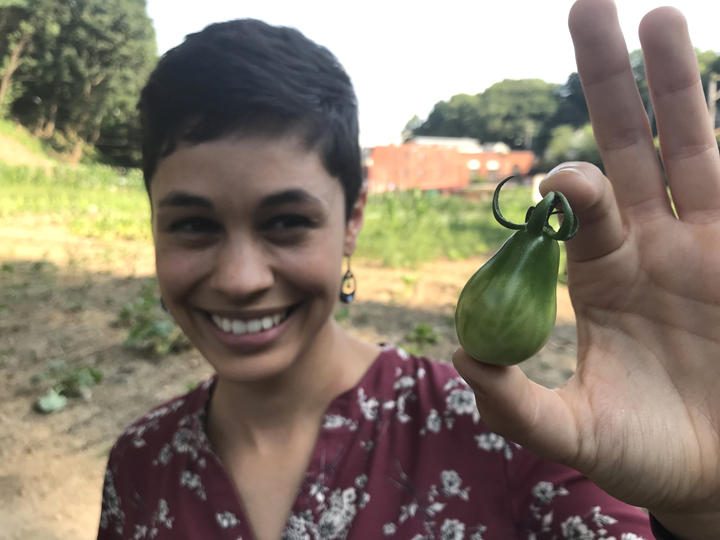 Emily Persico is a food policy intern with the city working on a master’s degree from Yale. She’s spent her summer with Danko+Day learning about the program and watching these gardens grow. Here she holds a small pear shaped tomato. The United Somali Bantu of Greater Pittsburgh has transformed a three quarter acre area that was formerly vacant city lots into a garden farm located in Pittsburgh’s Perry Hilltop neighborhood. Okra is just one of the many crops grown in the garden.

“It can bring the community together,” she says. “Today were standing here among five men who are all working this land. We’ve seen it. They have the market where people come to the spot and see it as a source of pride. It’s cool to see that transformation.”

As Chirambo walks through the garden looking at all the produce he talks about the journey of learning to garden. “The last two seasons I have learned a lot. Last year, the first zucchini I picked, I pulled out the whole thing,” he said laughing.

The group has worked hard to improve the soil, adding organic matter and removing stones and bricks. “It was hard, I realize it’s not an easy job,” Chirambo says. “I was wondering how my dad did this for life.”

There’s a lot of fun though too. Children play and work in the garden, running, digging and carefully planting seeds.

“Three weeks later, when you come to the door, you see all the ground is green,” he says.

“The best thing for me is I’m in America. I’ve got a good education and I also learned the background of my culture,” says Chirambo. 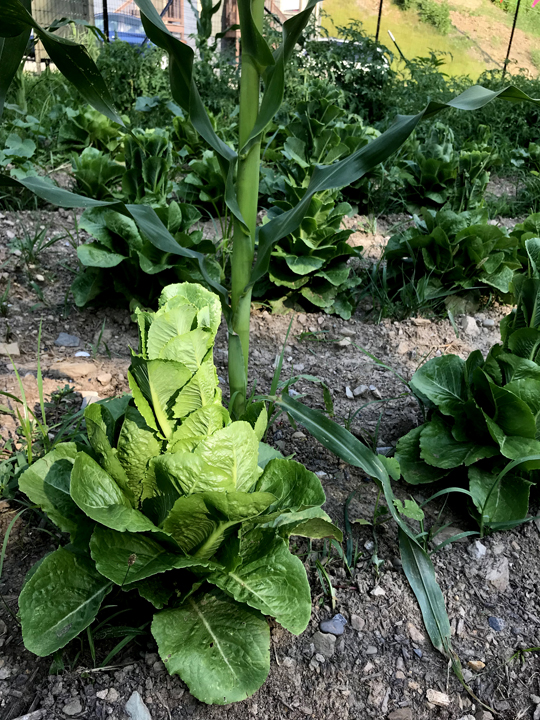 The United Somali Bantu of Greater Pittsburgh has transformed a three quarter acre area that was formally vacant city lots into a garden farm located in Pittsburgh’s Perry Hilltop neighborhood. This lettuce has been allowed to go to seed. It will be saved and planted next year.

If there’s ever peace in his country then he’ll have the skills to help his homeland and beyond. “I have an opportunity to make a difference all around the world,” he says. 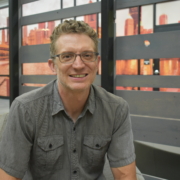 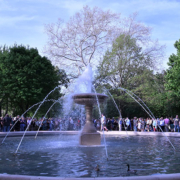 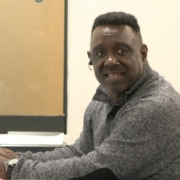 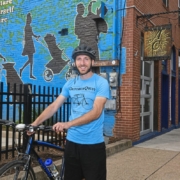 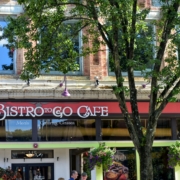 Bistro to Go - Together We Find Community
Newsletter Signup

North Side initiative marries well-being of bicyclists with businesses

From Our Kids: The Employment Institute
Scroll to top